In May 1940 Anthony Eden decided a Local Defence Force (LDF) should be formed, made up of men aged 15 to 65 who were not called up for various reasons. In July 1940, Winston Churchill renamed it The Home Guard, and every county had its’ own units.
Dilton Marsh came under Westbury but had its own unit made up of village men.

They used the school playing field and the yard at 42 Petticoat Lane as their parade ground. Les West remembers them using broom handles for rifles as they had no rifles!! They also acted as air raid wardens and went round the village each night making sure there were no lights showing to break the blackout and provide navigational help to German bombers, and when the air raid siren sounded someone would cycle through the village to the schools to warn them. 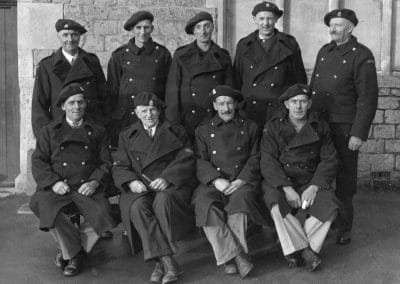 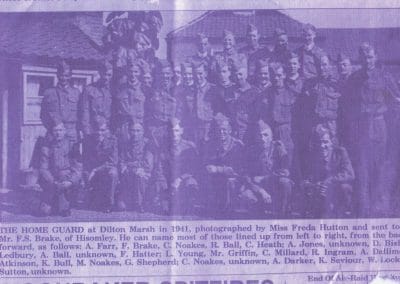 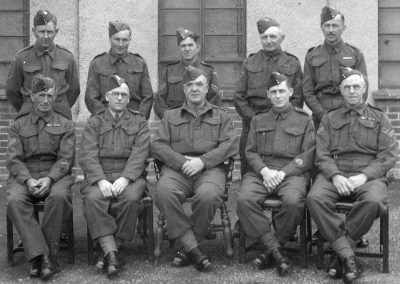 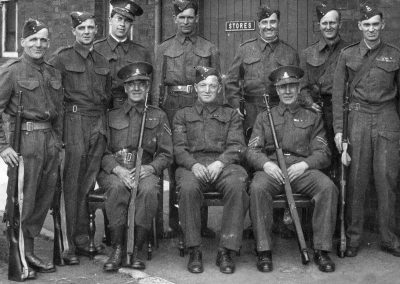 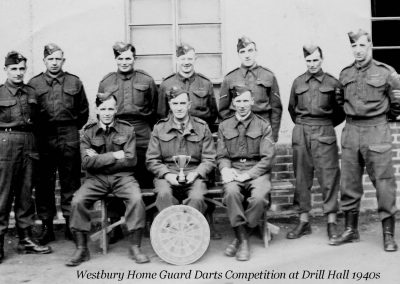