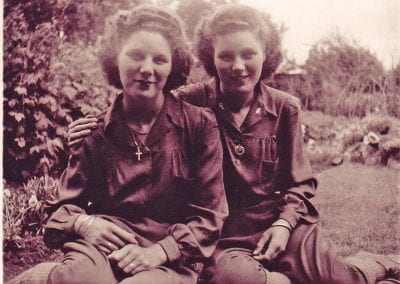 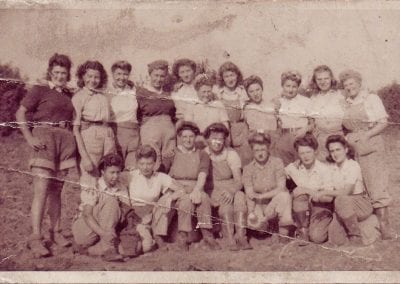 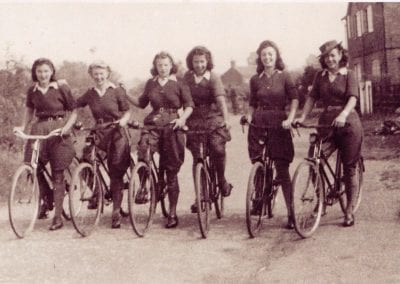 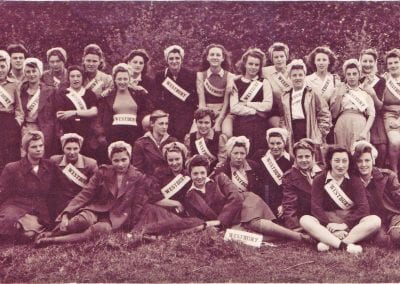 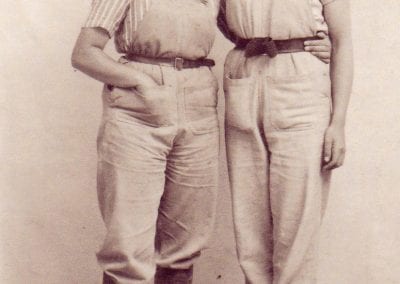 There was an urgent need to increase food production and fill the labour gap caused by the farm workers being called up and going off to fight in the war. The result was the creation of the Women’s Land Army. Initially they were volunteers but later conscription was introduced.
Many of the girls, who had to be at least 17 years old, came from the cities and viewed it as an adventure. The reality was in fact harsh; they were expected to work 5 ½ days a week totalling 50 plus hours a week and extra in summer because of harvesting and fruit picking etc. the introduction of double summer time meant that it remained light until 11 at night.
Originally the women were paid £1.12s after deductions for food and lodging and were increased by £1 in 1944.
There were crash courses on milking, driving, animal husbandry etc. but most learned by experience on the job. Cows were milked twice a day at 5.30 am and 2.30 pm, machinery had to be mastered and maintained, vegetables sown hoed and harvested. Hay and silage was made and straw baled and stacked after the harvest. Often milk and vegetable deliveries had to be made as well.
The women had every 4th weekend off and if they lived close enough would go home, but otherwise may not have done so for 6 months at a time. But although life was very tough and challenging, most remember the time as being fun and great friendships were forged. Some met and married local men and stayed in the area.
There was another similar group called the Timber Girls who were involved in forestry and lumber jacking, but not in Dilton Marsh.
Three or four land girls married and stayed in Dilton Marsh.