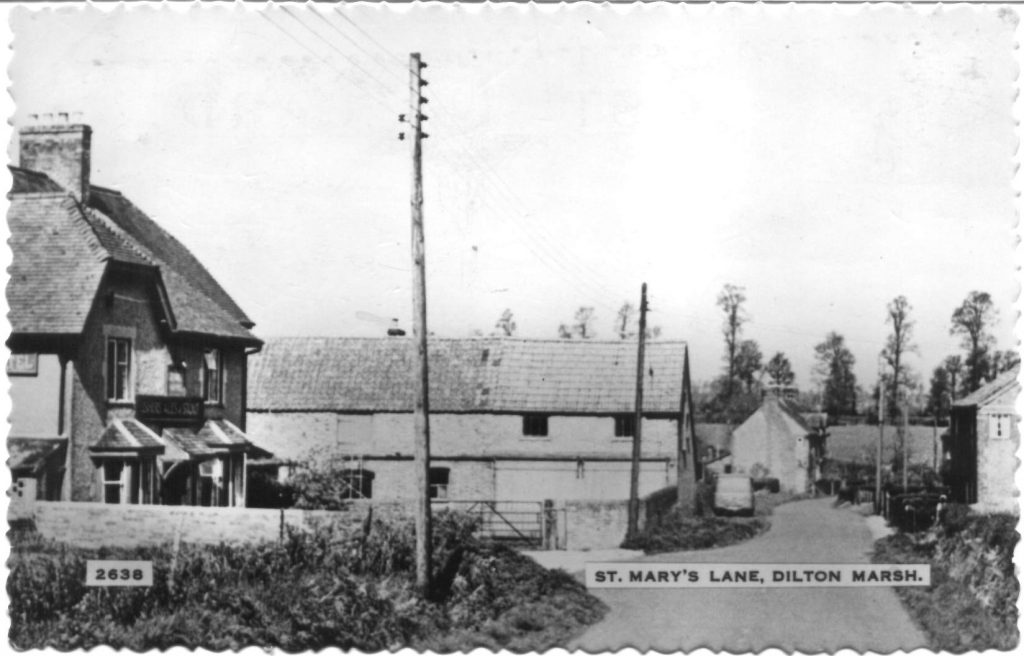 St Mary’s Home was situated almost opposite the pub known as The George seen on the left in this picture. 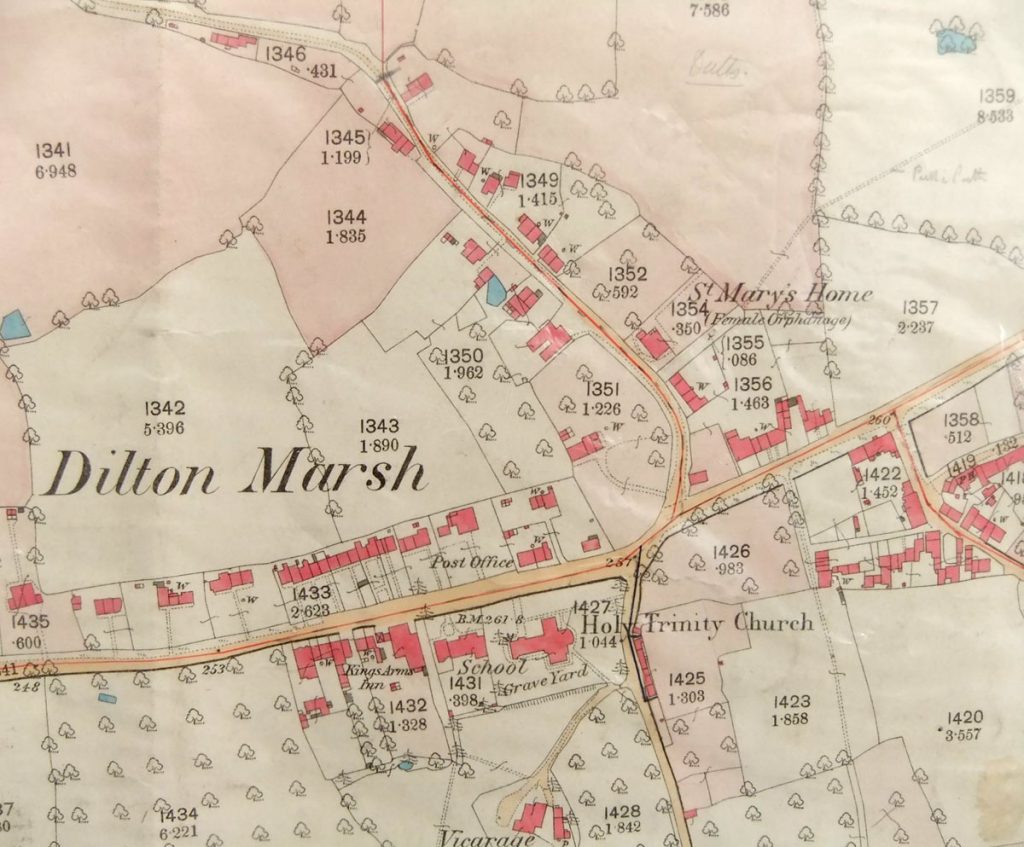 In Slob Lane, now St. Mary’s Lane, on the site of the large house on the right hand corner of Dutts, there used to be a house called St. Mary’s Home. It was first used as a convent, being established in 1867, and officially opened by the Bishop of Salisbury, Bishop Hamilton, on 15th July, 1869, “for those who, like Phoebe, the deaconess of Cenchrea, have devoted themselves as servants of the church”. There were three sisters in residence and their work was to assist in the day, Sunday and night schools, and to visit and nurse the sick and aged poor. There was an Oratory in the house, where daily prayer was the custom.

By 1871, there were still only three sisters; Elizabeth Walters, widow, age 47, a deaconess, Mary Taylor, unmarried, aged 65, born in Manchester, and Eliza Cafsine, unmarried, aged 34, born in Liverpool, (Census 1871). An appeal was made in the Diocesan Year Book that three or four more ladies were required immediately. The work had been extended to include conducting a guild for girls. The appeal was repeated year after year, apparently without response. In 1879 there is reference to the sisters having charge of a few orphans.

A big change occurred between 1879 and 1881, for in that year the Year Book records that “St. Mary’s Home will be shortly opened, under the care of an experienced Head, for the training of orphan girls as pupil teachers in Church schools.” The entry is under “Women’s Diocesan Work” and there is no longer a reference under “Religious Foundations”. Had the sisters died, or left?
St. Mary’s Home had been re-organised by 1882, under Miss Baily as Matron, with the objects of training the orphan daughters of professional men, with a preference for the orphans of Clergymen, for the office of Church Schoolmistresses”. It had the following set of rules: –

1. Orphan girls of good personal character, who have lost one or both parents, are eligible for admission between the ages of 8 and 15 years.
2. Certificates are required (1) of the parents’ marriage; (2) of the death of either father or mother; (3) of the Baptism of the child; (4) of her general good health.
3. The elder girls are required, as part of their training, to teach regularly in the Girls’ School, under the Master; but the whole of their education will be superintended by the Matron, a first-class certificated Mistress of 20 years’ standing, of St. Mary’s Home, who will have the care of them in the Home.
4. The Orphans will receive regular religious instruction from the Clergy of the Parish.

1. Board, education, clothing, washing, are provided for children under 12 years of age at £10 per annum; above that age £12; but in the case of children who have lost both parents the payments are £8 and £10 per annum, to be made always one quarter in advance.
2. The sum of £3 is required with each child, when admitted, to provide her with clothing according to the Orphanage regulations.
3. A quarter’s notice must be given before the removal of a child from the Orphanage.
Applications were to be made to the Vicar, Rev. C. H. Wilson, or the Matron, Miss Bailey, and the Treasurer was Mr. H. W. Pinniger of Westbury.

In 1881, in addition to Miss Sarah Bailey, Matron, there were three orphans, two from London, probably sisters, and one from Somerset, aged 13, 11 and 10, respectively; a servant; and the Curate. The Home ran successfully for a number of years, the Matron in 1891 being Miss Snell. By 1893, however, the Home ceased to operate.

The house was purchased by Mr. & Mrs. Sutton, the grand-parents of Mrs. Nin Robinson, who remembers that it had a small Oratory, and that it was the custom for the Curate to lodge there. It seems likely that the proceeds from the sale of the house were used to set up “The Sister Elizabeth Charity”, the income from which was to be used for the Anglican community in Dilton Marsh, and is still available today, albeit a very small annual amount, and has been used for such items as new hymn books.

The house was demolished in the 1960s when the new estate of Dutts was being made, and a large modern house has been built on the site.