William Bailey’s Letter to His Son in Australia 1847

Dilton Marsh Local History Society, together with Westbury Heritage Society and Westbury Family History Group, are  looking into the history of the Charles Case Tannery Co., which operated in Westbury Leigh from 1890 to 1983. The Westbury Heritage Centre, has...

END_OF_DOCUMENT_TOKEN_TO_BE_REPLACED

A talk by David Dawson from Devizes Museum about these iconic hillside figures found across our county. Dilton Marsh Memorial Hall Friday 25th March at 7.30pm. Admission £4.00 - Annual membership will start again in April. All welcome

END_OF_DOCUMENT_TOKEN_TO_BE_REPLACED

William Bailey’s Letter to His Son in Australia 1847

This is a transcript of a letter written in 1847 by my 3x great-grandfather, William Bailey, and his wife, Hannah (née Hearne), of Dilton Marsh to their son, William Bailey junior. The letter details some family news and also what life was like in Dilton Marsh at this time. It is in the possession of one of my second cousins and had been passed down through her side of the Bailey family in Australia.

William junior with his wife, Hannah (née Dowding), and three young daughters, Ann, Elizabeth, and Emma, emigrated from Westbury in 1841 to Peel near Bathurst in New South Wales on the ship the Duke of Roxburgh under the ‘bounty immi-grant’ scheme. Emma was six months old and died on the voyage.

There are now many descendants in Australia and New Zealand and also back in the UK. William Baileysenior and his wife Hannah lived on in Dilton Marsh until their deaths in 1873 and 1878, but it is unknown what contact or news they had from their family in Australia. You can feel the anguish in the letter of not know-ing how the family was faring, but also the hope and optimism that all was well.

I take another opportunity of writing to you which My D is the third letter we have sent in answer to one we recevd from you bearing date April 7 1843 which we recvd which we recvd [sic] August 28/43 for what reason we cannot imagine that we cannot get another letter from you. We you know are getting on in years and sometimes we are ready to think that you are prosprg in the world and careth not about us. Other times we think you are all Dead and we shall never hear from you again. But we will again recall the thought of ingratitude that you have forgot us and think your letters must be wrong directed or that they must be lost. We again write to you hoping you will soon receve this and write immeadetly as you must imagine how we are with what anxious night week months and years we are looking and longing to hear from but nothing but disappointment to incresse our Greif.

We have to inform you that trade in generall is very dead and what to write on a revival of trade we can not say at present our wages/on weaving is not so good as when you was at home with us is not so good by near 4d on a shilling and not near enough to do many people in marsh and leigh has experinsed a dreadfull winter for the 3 last winters.

We have a failure in the potatoe crop but the last crop was by far the worst. We had a good wheat crop but it was of little use to the poor. We in old England have expirenced the dreadfulest winter in the memory of almost the oldest Inhabitant. Our potatoes was cut of by a desease in the halme which did afect the fruit with rotenness so that the cropps was not worth dig. In many an acre had not 2 sacks of good potatoes the poor was destitute farmers went to work held their corn from markett corn jobbing has been carried on to a dreadfull extent prises in every Article rose wheat to £4 per bag, flour to 5S pr peck, beef to 9D per lb, mutton 8, Dry bacon 10d, butter 1s 1dand every other article in proportion ading to all this a long hard Dreary winter with abundance of snow sharp freesing and blustrous winds as ever was known for many years if you ask many people how they got throw the winter they would say they can not tell.

We are now in the midle of summer we have a fine prospect on the land our pease is now commencing in selling at 7d per peck, young potatoes at 4 & 8 [4s 8d] per quarter peck. We hope our crop will not be cut of this season as in the 3 former seasons as it has been in the month of July that they was cut down last year we held a fast day by Order of our Queen flour is now 4s 41/2 d per peck, but we hope it will soon be cheaper.

We must put our trust in the Lord no earthly lords for they would starve us altho we keep every one of them for neither of them can sow reap or mow. I do not enjoy a good state of health at all i have been poorly for a long time but your mother is better than when you was at home. 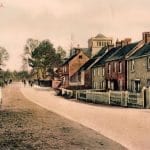 Your sister Mary and her Husband is in London, he is working at his own trade as a blacksmith. They have 3 sons and one daughter the oldest is with us for 2 years past. Your cousin Miriam is married to a person of Westbury named Lucas he is a weaver.

We have to inform you your wifes father is dead he has been a twelve month past. Your wifes mother is living but is getting feeble all of the rest of the family is well.

We have a Church and large school room built in Marsh near the Croosroad in brown’s ground and a great many Churchs built in different parts of England so that people can hear the gosple preached almost at their own door.

We should like to know if you have any means of hearing the gosple preached in your country it matters not where we are Churchman or dissenter if we live the life of a Christian by faith on the son of God who died on the cross to save sinners and willeth that all who put their trust in him shall find mercy and will turn none a way that seek for mercy tho ever great their sins may be for he declard in his holy word him that cometh unto me i will in no wise Cast out.

My dear children could we but hear that tho you are at such a distance from us, that you both had seekd an interest in that precious blood of Christ, methinks it would smooth our passage to the tomb for then we should be assured of seeing you again tho not in this word but in that world of Bliss where saints immortal Reign and meet to part no more for Remember there is no repentanc in the grave where we are all hastening.

From your affectionate Father and Mother William and Hannah Bailey Dilton Marsh Wiltshire. 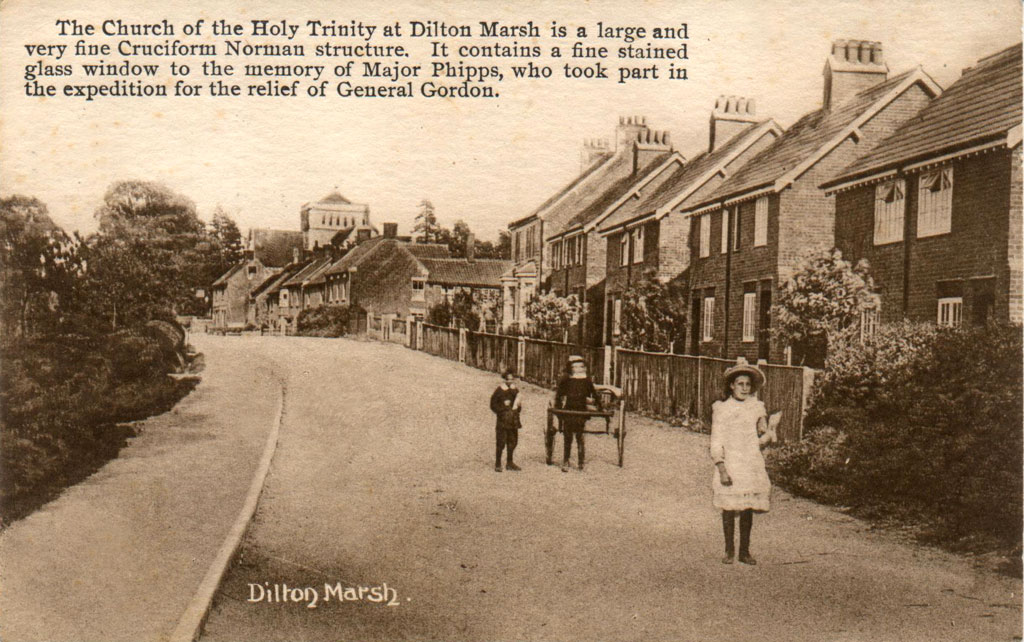 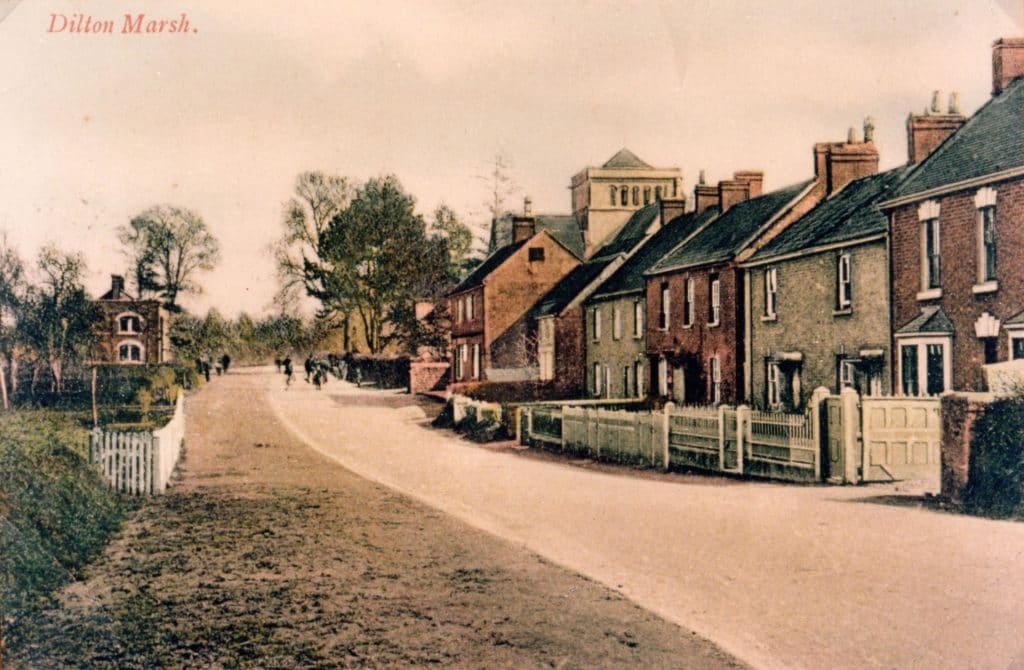 Dilton Marsh, the home of the Bailey Family.